The History of the Paralympic Movement 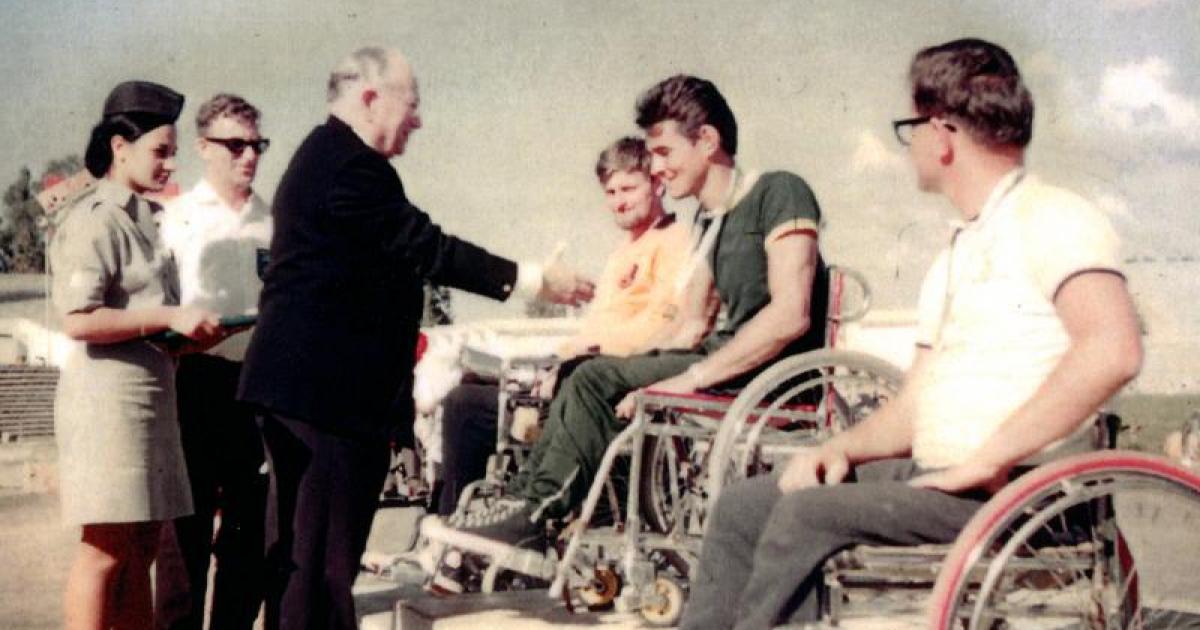 Physical activity is one the of the main pillars of our wellbeing. Participating in sport allows us to maintain good physical and mental health, build connections with others and boost our confidence. With the Tokyo Paralympics due to begin on August 24 2021, it's a great time to reflect on the history of the Paralympic movement and the role it has played in helping people with disability live well.

For the last hundred years, the Paralympics have reshaped community perceptions and made sport more accessible for people with disability. While adaptive sport has been around for over a century, the Paralympic movement gained steam in the 1940s following the end of the Second World War. As many soldiers and civilians had acquired disabilities during combat, the popularity of para-sport grew as a method of rehabilitation.

The man behind the movement was Dr Ludwig Guttmann, the Director of the National Spinal Injury Centre at the Emergency Medical Services Hospital at Stoke Mandeville, Buckinghamshire, that catered for soldiers who had been paralysed due to their war injuries. At this time, the treatment for paraplegia was largely palliative and prognoses were considered terminal due to complications that arose during patient care regimes.

Guttmann was determined to change this through innovative treatments. He introduced regular movement for patients to stop pressure sores and infections developing. However, the most significant contribution to the care regime was his introduction of physiotherapy and rehabilitation as a medical treatment.

Guttman organised a sporting event that would coincide with the opening ceremony of the London Olympic Games on 29 July 1948. He initiated an archery contest for World War II veteran patients with spinal cord injuries, called the ‘1948 Wheelchair Games’. 16 patients (14 men and two women) who were all injured war veterans competed against one another for a Challenge Shield. The successful event became an annual occurrence known as the Stoke Mandeville Games, and would eventually attract international attention and competition - and so the Paralympic movement was born.

The Tokyo 2020 Paralympics have come a long way from their origin in the Stoke Mandeville Games. However, the history of the Games serves to highlight the importance of accessible and adaptive sports not only for professional athletes, but for ordinary people like you and me. Dr Ludwig Guttmann understood the power of physical activity as a form of rehabilitation and treatment, but beyond that, he recognised that participation in sport raised morale, built up new skills, forged new bonds and encouraged people to live well. Para-sports continue to do this today for people right around Australia and the world.

In a few weeks time when the Tokyo 2020 Paralympics begin, we will see athletes who speak different languages, come from different countries and have different disabilities come together to play and compete. It is a reminder that sport is its own universal language and an incredible force of connection. Whether we are amateurs or professional athletes, sport empowers us to live well.